Providing IT Services in NY, CO, KS, FL, and TX

Different Types of AI, from Antivirus to Robot Overlord

Artificial Intelligence, or AI, is one of the technologies that has revolutionized the 21st century. Surprisingly, the concept for smart machines isn’t a new one. The term “Artificial Intelligence” was first used by computer scientist John McCarthy in 1956, where he defined the concept of AI as “The science and engineering of making intelligent machines.” Many groundbreaking leaps have been made in AI technology since John McCarthy first cemented the concept, and there are now several different types of AI and diverse uses for each.

A Look at the History of AI

Artificial Intelligence is loosely defined as computer systems developed with capabilities of task performance that would normally require human intelligence.  This can include object detection, solving complex issues, and decision making.

In classical computing, coders give the machine inputs, logic, and outputs. Different types of AI programs will provide desired outcomes on their own, based only on the input of information and the desired goal.

Courtesy of Edureka: What Is AI – Types of Artificial Intelligence

Tale as Old as Time

The idea of making machines work to entertain us or do simple tasks isn’t a new one at all. Egyptian and Chinese engineers from long ago built working automatons, some of which are hard for modern scientists to replicate with our modern technology.

If you’re afraid of robots coming to life and destroying mankind, you’re in good company. Ancient Greeks had frightening ideas of man-made humans as early as 700 BC with the introduction of Talos, a bronze robotic guard that protected the island of Crete by throwing boulders at approaching enemies. Pandora was also an artificial being created to punish mankind for discovering fire.

These early machines weren’t all frightening, however. Philo Mechanicus, Greek engineer from the 3rd century BC, created an automated man-like servant that would fill guests’ wine glasses. Leonardo Da Vinci is widely credited for creating the first fully functional robot. His robot, a knight figure, would sit down, stand up, move its head, and lift its visor.

Since 1927’s release of the film Metropolis, robots have been featured in movies. They were, until more modern times, usually depicted as destructive machinery bent on world domination and human destruction.

A little closer to our own time, the first electronic computer was invented in 1941. When the technology involved in 1949 to include stored programs, the conditions were right for humans to start considering artificial intelligence.

In 1952, a computer program that played checkers was introduced. It was the first program that was capable of “learning.” Throughout the following decade, many more AI theories were introduced, but the culmination of them was in 1965 when Joseph Weizenbaum created ELIZA, an interactive program that could converse with humans on any topic. Many people began to associate this program with human-like emotions.

After ELIZA, the field of AI evolved rapidly and included robots who used logic and reasoning when making decisions. Throughout this evolution, movies such as 2001: Space Odyssey would keep the mistrust of artificial intelligence alive and well.

The reality of AI through the early 2000’s, though, had little to do with robot overlords. Driver-less cars, traffic sign recognition, and robotic waiters in restaurants displayed the growing potential of AI. AI programs have beaten chess champions, defeated Jeopardy contestants, and reacted to You-Tube videos of cats, each using different types of AI.

Generally, there are four different types of AI. Two of these are very common in today’s technology, while two are still theories, the stuff of science fiction movies.

Reactive machines use previous data to make decisions in the moment, such as a computerized chess game. This AI doesn’t use experience or memory to make these decisions; it uses predictions and conditions at the time the program is being used.

Reactive machines do not have any concept of the present or the future and cannot make decisions based on memories it has formed of similar situations faced in the past.

Of all four types of AI, reactive machines form most of the artificial intelligence we see now. Reactive machine AI is “narrow AI,” used to

AI based antivirus software is limited memory Artificial Intelligence, and can make decisions based on what it learns, or experiences. It is effective as part of a cybersecurity platform because it can use “reason” to evaluate network threats.

Theory of Mind and Self-Awareness

The last of the different types of AI are more theoretical in nature and haven’t been created yet. The theory of mind is the concept that AI will understand that all entities will have its own motives, intentions, and emotions.

Self-awareness will involve an artificial intelligence that both understands the consciousness of others and has a concept of its own existence.

These last two types of AI are the classic science fiction plots we embrace when we think of robot overlords destroying civilization.

AI is used for many things, of course, but for cybersecurity purposes it is a very effective way to improve traditional antivirus software. Different types of AI and machine learning are used in many antivirus platforms on the market today.

In the past, this might have been enough. Cybersecurity threats are continuing to rise, however, and are getting more aggressive and sophisticated.  Hackers are no longer single, easily defeated attackers; many of them are highly organized national groups with state sponsorship. There are also variations of previously recognized malware, as well as increasingly advanced threats including ransomware such as WannaCry.

How AI Based Antivirus Works

AI based antivirus software can make decisions based on what it learns, or experiences. It is effective as part of a cybersecurity platform because it can use “reason” to evaluate network threats. It uses machine learning to improve its own recognition and can remember past threats.

The Downfall to AI Based Antivirus

AI based antivirus can effectively detect most malware programs, but sometimes AI can be a little overzealous. It can flag normal programs as malicious when they are poorly designed. In other words, AI based antivirus can’t tell the difference between good and bad programs. An unchecked AI program can cause damage and downtime to a network by deleting or blocking good applications and files along with the bad ones.

The Solution is A Balanced Approach

To take advantage of AI based antivirus, organizations should use a balanced approach between AI and human oversight.

To assure your antivirus only attacks genuine malware, your overall security strategy should involve a human element, too.

A human discerns the difference between bad programs and good, if poorly written, programs, files, and apps. Once the AI based antivirus flags a potential issue, only a human can determine if it is malware or just poorly designed, but legitimate, code.

Iconic Fortify is a Balanced AI Based Cybersecurity Solution

Iconic Fortify is a blend of top-notch AI based cybersecurity and a manned 24/7 Security Operations Center. The SOC investigates the flags and alerts sent by the antivirus software and analyzes them. The alerts are determined to be either valid or not valid. This team is dedicated to stopping false positives and stops the software from deleting or blocking good files, keeping your network up and running.

Learn more about these different types of AI antivirus and how Iconic Fortify will help your business stay safer than traditional antivirus platforms. Ask for your risk-free, no-obligation consultation with a free dark web scan, valued at $695, and let us show you how Iconic IT has the cybersecurity solutions you need. 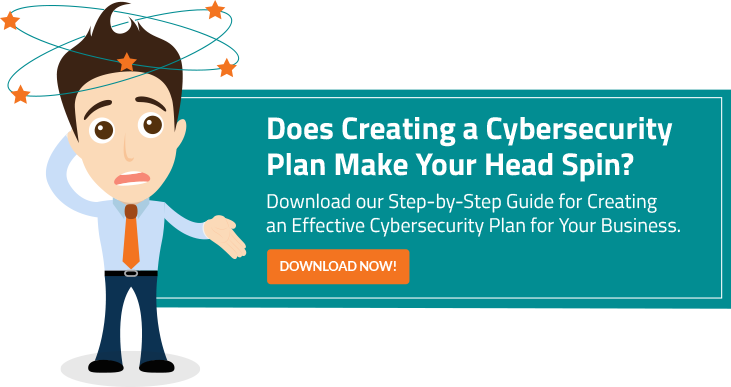 Cybercrime Statistics: Iconic IT Has the Solutions You Need

Get More Info About the
Iconic Olympic, Denali and Sequioa IT Plans

Webinar: HIPAA in Times of Crisis

Webinar: Ultimate Microsoft Teams Demo: Get the most out of Teams + Q&A session

Webinar: Stop Cyber-Criminals From Using Your Employees To Hack Into Your Network