What is the Best Antivirus Software? The Answer May Surprise You

There are hundreds of antivirus software platforms, and you research feverishly trying to figure out the age-old question: what is the best antivirus software? The truth is that each AV platform can do exactly what it says it can do.

Just running antivirus software by itself isn’t enough. Modern malware prevention uses machine learning and vectored AI, and AI isn’t as smart as we like to imagine it is.  Yet.

AI in even the best antivirus platform is limited; it can only do a few things, but it does them very well.  Sometimes, even too well.

What is the Best Anti-Virus Software? Then and Now

This was a great approach…twenty years ago. Back then, the answer to “what is the best antivirus software” was simplistic: any AV software that spotted virus signatures and removed them.

Modern antivirus platforms have had to evolve along with the ever-increasing sophistication of our current security threats. Hackers and bad actors find ways to hide their activities from traditional antivirus platforms, making infected files seem safe.  Checking for virus signatures is no longer enough; cybercriminals hide these thumbprints easily now.

Why did this program launch another program and try to hide itself?

Why is this application acting in a suspicious way?

The days of a single level approach with antivirus platforms are long gone. The best antivirus software will combine virus signature scans as well as malware behavior detection. But even that isn’t enough.

So exactly what IS the best antivirus software?

It’s true; AI can solve the malware problem, but it is a little too efficient. AI based antivirus software can be overzealous, deleting and blocking safe files and code along with the infected ones. AI can identify a potential problem, but it cannot discern between good and bad.

In other words, modern antivirus platforms find perceived problems, but it will also identify good software or applications as potentially dangerous because it can’t tell the difference between them. All the AV software can see is “behavior.”

This means that even the best antivirus solution, if left unchecked, can wreck a network by deleting good files and applications along with the bad ones.

Why would good files appear to behave “badly” to an AI based antivirus solution? Consider the human factor in programs. For every good software programmer in the industry, there are five bad ones. The bad programmers use poor coding practices that can lead to false positives from your AI based antivirus software. Once a file is flagged as unsafe, your antivirus platform will get to work, even if it shouldn’t.

The Results of Unchecked AI Antivirus

AI antivirus solutions plow through your programs, blocking and killing safe ones as it goes along. It lacks human discernment and can’t tell right from wrong. It’s just a behavior-based application killing machine.

If left unchecked, AI based antivirus platforms can remove programs, slow down your systems, and destroy your applications.

To assure your antivirus only attacks genuine malware, your overall security strategy should involve a human element, too.

A human can differentiate between good and bad programs and can provide remediation for false positives, stopping the destruction of good files before the antivirus can cause real damage to the network. Without this human discernment, your network can be destroyed by modern antivirus AI solutions. Your antivirus flags what it perceives as malware, but only a human can determine that it truly is malware.

Iconic IT has developed the SOC, or Security Operations Center. This is a 24/7 desk manned by people whose job it is to analyze alerts and blocked programs sent from antivirus platforms that are installed in the field. These professionals give the final word on the status of the alerts: valid, or not valid. They can spot a false positive and stop any further action that would otherwise destroy a good application. This keeps your network running smoothly and securely.

Our ability to provide the SOC is the final piece of the “what is the best antivirus software” puzzle.

What is the Best Antivirus Software? It’s a Total Solution

Iconic IT has implemented Sentinel One’s Endpoint Detection and Response along with our dedicated SOC desk as part of its AV antivirus strategy. Sentinel One currently offers the best in machine-based learning as well as in signature scanning.

But that’s only half the picture.

We also offer our Security Operations Center, a 24/7 manned desk that continuously monitors our AI based antivirus software. This is a comprehensive antivirus approach we can truly stand behind: advanced AI malware detection with a human touch.

This combined approach is Iconic Fortify, and it’s exclusively offered through Iconic IT. Iconic Fortify gives our clients piece of mind, with

The best antivirus software is not just an antivirus, it’s a complete package of software and human support. To learn more about our comprehensive security packages, contact Iconic IT for a free, no obligation consultation today.

Iconic IT is an award-winning Managed IT Service Provider (MSP), providing small and medium organizations with local and responsive IT support services. We feature budget-friendly service plans with coverage as vast as the iconic national parks they are named after. We specialize in fully managed or co-managed IT support, cybersecurity and cloud solutions, strategic guidance, and excellent customer service using our exclusive PROS service model (Proactive, Reactive, Ownership, and Strategic). You are the hero in our IT story, and Iconic IT is your guide. We serve the following local communities: Dallas Fort Worth and East Texas, Wichita Kansas, Buffalo and Rochester New York, Bonita Springs Florida, and Denver Colorado. 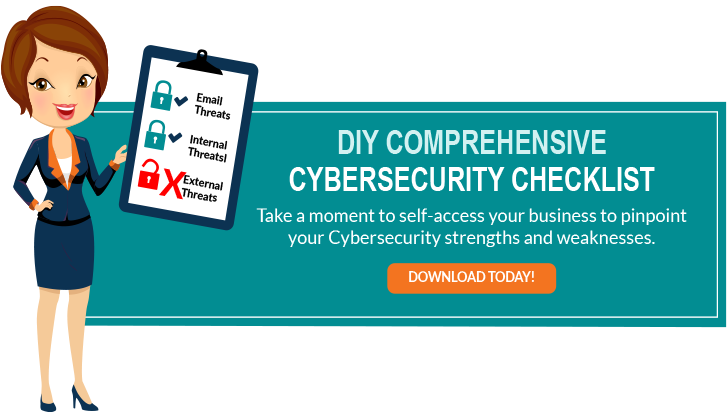 There are many forms of scam emails, ranging from piquing a reader’s curiosity (Santa is REAL! Click here to see video proof!) to deals too good to pass up (Buy this house for only $159.99 down!) and threatening emails (This is your last warning. Failure to comply will lead to suspension of your account).

There are many forms of scam emails, ranging from piquing a reader’s curiosity (Santa is REAL! Click here to see video proof!) to deals too good to pass up (Buy this house for only $159.99 down!) and threatening emails (This is your last warning. Failure to comply will lead to suspension of your account).
Read Post

A simple Google search will take you to any number of email security software options, from free versions to outlandishly […]
Read Post

There are many AI antivirus platforms available, and each promise to tighten up your cybersecurity solutions with cutting-edge technology. So why is Iconic Fortify so different, and why is it such an important part of our cybersecurity services?
Read Post

Get started with a 10 minute consultation

Request to Schedule a Speaker

Webinar: HIPAA in Times of Crisis

Webinar: Ultimate Microsoft Teams Demo: Get the most out of Teams + Q&A session

Get More Info About the
Iconic Olympic, Denali and Sequioa IT Plans

Webinar: Stop Cyber-Criminals From Using Your Employees To Hack Into Your Network